Predictors of Disordered Eating Behaviors in Teens With Type 1 Diabetes 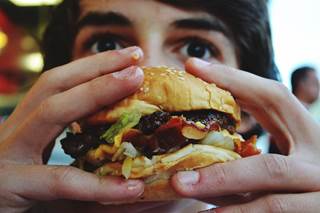 Disordered eating behaviors in teenagers with type 1 diabetes are associated with several factors including depressive symptoms, poorer quality of life, infrequent blood glucose monitoring, and obesity, according to a recent study published in Diabetic Medicine.

Researchers conducted this cross-sectional study to establish the biomedical and psychosocial characteristics of teenagers with type 1 diabetes who develop moderate and high levels of disordered eating behaviors. Included in the study were 178 teenagers (average age, 14.9 years) with average diabetes duration of 7.4 years. Participants self-reported data on insulin regimen and blood glucose monitoring frequency and completed several surveys covering factors such as their diabetes management, quality of life, and disordered eating behaviors.

There were no between-group differences regarding age, diabetes duration, race, family structure, insulin regimen, daily insulin dose, and HbA1c. Participants in the high group reported checking their glucose level less often than those in the low group (P =.0006), had significantly higher HbA1C levels (P =.01), and were more likely to be obese (P =.0003).

The researchers cited the study's cross-sectional design as its main limitation.

Concluding their results, the researchers said, "Identifying teenagers with type 1 diabetes who have moderate and high levels of disordered eating behaviours may prevent progression to eating disorders and substantial morbidity by directing support and intervention efforts to those in need."

Next Article in Diabetes Resource Center

Type 2 Diabetes Risk Up With PCOS Regardless ...

PCOS one of most influential predictors of T2DM after adjustment for BMI, education, family history.

Reading, Math Scores No Different for Children With ...

Estimated difference in test scores 0.45 after adjustment for variables such as socioeconomic status.

Rotavirus Vaccination May Decrease the Incidence of Type ...

Introduction of the oral rotovirus vaccine in Australia was associated with a decline in the incidence of type 1 diabetes.