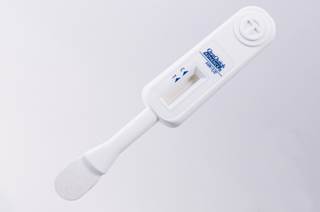 Results of this study showed pronounced effects on testing without safety concerns from secondary distribution of HIV self-test kits.

HIV self-test kits combined with financial incentives may encourage men to attend the clinic for post-test HIV services, according to a study recently published in PLoS Medicine.

Men are underserved by current HIV testing services in settings with high HIV prevalence (like eastern and southern Africa) and remain a priority target population for many HIV policy makers. In the regions of eastern and southern Africa, only 52% of men living with HIV are aware of their infection and mortality related to AIDS-related illnesses is 27% higher in men compared with women. HIV self-test, where individuals collect their own sample (oral or blood), conduct the test, and interpret the result, has been found to be highly acceptable and has been shown to increase coverage and frequency of testing in high-risk men.

This study sought to identify interventions that could increase male partner testing and subsequent linkage with care or prevention by providing oral HIV self-test kits to a pregnant partner attending an antenatal care clinic. Antenatal services have achieved near-universal HIV testing among pregnant African women, which provides an ideal opportunity for engaging male partners. Therefore, this adaptive trial investigated the effect of HIV self-test alone or with additional interventions on the uptake of testing and linkage with care or prevention among male partners of antenatal care clinic attendees (ISRCTN 18421340).

Next Article in HIV/AIDS Information Center