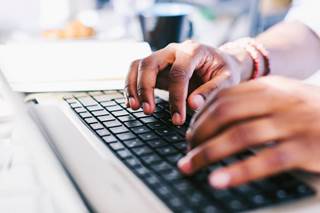 Engaging in mental health treatment may be challenging for patients with HIV for various reasons, including cost and the burden of the time and travel needed for appointments.

Depression is a common comorbidity in people living with HIV, with lifetime prevalence estimates ranging from 22% to 61%.1 Studies have linked this comorbidity with reduced treatment adherence, more rapid progression to AIDS, elevated suicide risk, and increased mortality.2 However, engaging in mental health treatment may be challenging in these patients for various reasons, including cost and the burden of the time and travel needed for appointments, as well as the requirements of HIV treatment and management.

Results of a randomized controlled trial reported in the Lancet HIV suggest that internet-based interventions for depression may present a promising alternative to in-person treatment in this population.3 In previous research, this modality has been shown to be effective for treating depression in the general population and in patients with primary somatic disease, including diabetes, epilepsy, and multiple sclerosis.

In a study by van Leunen and colleagues from Leiden University in The Netherlands, adult patients with mild to moderate depressive symptoms (based on Patient Health Questionnaire-9 [PHQ-9] scores >4 and <20) were assigned to an online self-help intervention called Living Positive with HIV (n=97) or a waitlist control group (n=91) for 8 to 10 weeks.3

The main components of the intervention, which is based on cognitive behavioral therapy (CBT), are activation (encouraging patients to engage in small activities such as waking up on time or taking a short walk), relaxation, changing maladaptive cognition, and goal attainment.4 Depressive symptoms were assessed with the Patient Health Questionnaire-9 (PHQ-9) and the Center for Epidemiologic Studies Depression Scale (CES-D) at several time points.

The study results were as follows:

Such improvements were not found in earlier research of web-based interventions for depression in patients with HIV. In a 2014 randomized clinical trial, patients who completed the intervention showed significant improvements in subjective well-being and Affect Balance Scale score at 3 months after baseline but not in depressive symptoms.5 After 3 months, however, no significant differences were observed in any of the outcome measures between the groups.

Another 2014 study examined the effects of Life-Steps, a CBT-based online intervention designed to improve medication adherence in people living with HIV, which also includes modules addressing mood management and stress reduction.6 The findings indicate that the intervention accomplished the primary goal (and was associated with a significant reduction in viral load) but did not result in significant changes in mood or stress levels.

In a commentary published in the same issue of the Lancet HIV in which the new RCT was described, E. Karyotaki, PhD, assistant professor, Behavioural and Movement Sciences, Clinical, Neuro- & Developmental Psychology, Virje Universiteit, Amsterdam, The Netherlands, noted that these earlier studies did not focus on patients with depression and differed in study design.7 The study by van Leunen, et al, is the “first to include participants on the basis of depressive symptoms and had adequate statistical power to identify clinically relevant differences between the examined conditions,” she wrote. “Moreover, these positive results are consistent with several studies of self-help interventions in people with somatic and mental health problems.”

In a 2017 randomized clinical trial, for example, patients with comorbid diabetes and major depressive disorder (MDD) who completed a 10-week internet-based CBT program demonstrated a clinically significant change in PHQ-9 scores compared with patients receiving treatment as usual (51% vs 18%).8 At 3 months, 87% of patients in the intervention group no longer met the criteria for MDD.

In another study of a similar program in patients with multiple sclerosis and depression, a 9-week web-based treatment was associated with reduced scores on the Beck Depression Inventory (BDI), while scores increased in the waitlist control group. This resulted in a positive effect of the intervention vs controls (mean group difference  −4.02 points [95% CI, −7.26 to −0.79]; P =.015; effect size d=0.53).9

In addition, inpatients with epilepsy and depression the same 9-week intervention was linked to a significant reduction on BDI scores and improvement on the "energy/fatigue" subscale of the Quality of Life In Epilepsy Inventory-31 (QOLIE-31).10

“These innovative interventions could become the first-step treatment approach instead of watchful waiting in a stepped care model… [and] …might be a useful and potentially cost-effective option for the management of mental health care in resource-limited settings,” Dr Karyotaki noted. “Internet-based interventions clearly have the potential to fill the gap between treatment supply and demand in people with HIV and depression.”

Future research should continue to explore these possibilities.

Next Article in HIV/AIDS Information Center