No Increased Risk for Cancer for ART-Conceived Children 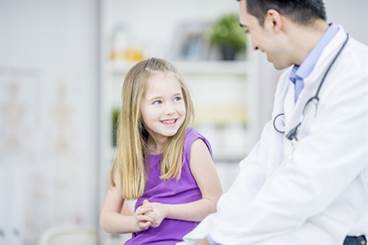 Slightly but not significantly increased risks seen in children conceived by ICSI or cryopreservation.

Incidence up for 6 of 12 obesity-related cancers; steeper increase in successively younger generations.

Postmenopausal women with persistent night sweats and/or hot flashes are more likely to be diagnosed with breast cancer compared with women without these vasomotor symptoms.

Physical activity was found to be associated with a reduced risk for hepatocellular carcinoma.

Melanoma Survival Varies Among US States

Cancer Screening Nonadherence May Be Associated With Increase in Overall Mortality

Nonadherence to protocol screenings in a screening trial for multiple cancers may be linked to higher overall mortality, excluding mortality due to cancers studied in the trial.

The USPSTF recommends risk-reducing medications for women at high risk for breast cancer who are at low risk for adverse events, but medications are not recommended for routine use.

Ortho Dx case: Is it a subungual hematoma or melanoma?

Being frank on frankincense and its role in cancer prevention

Soft tissue sarcoma of the thigh in an adolescent male

Are prostate biopsies linked to the spread of cancerous cells?

Is our makeup secretly hurting us?

The Internet can't tell if you have cancer

Be an advocate for vaccinating boys against HPV

Transplanting fecal bacteria from healthy donors might prove to be effective in resolving cancer immunotherapy-triggered colitis, a pair of case reports has suggested.

The European Medicine Agency has reported that there may be an association between long-term lithium use and reports of both renal tumors and thyroid cancer.

A transurethral resection of bladder tumor allows examination and determination of histology, depth of invasion, and involvement beyond the bladder.

Are prostate biopsies linked to the spread of cancerous cells?

Cases of prostate biopsies resulting in the spread of cancerous cells are rare.

NPs and PAs involved with oncology teams should support multimodal prehabilitation for cancer patients to help ease the transition to oncology.

What is the likelihood of HPV-caused cervical cancer recurrence after loop electrosurgical excision procedure?

Is there an occupational cancer risk with flying?

Has any research been conducted to determine whether the incidence of various types of skin cancer is greater in people who fly for a living compared with the general public?

Are certain oral contraceptive pills better for women with a family history of breast cancer?

﻿Next step for endometrial hyperplasia

How would you proceed with a 64-year-old woman who has complex endometrial hyperplasia and secretory changes?

Which radiologic test to use for abdominal pain

How do I know which radiologic tests to choose when evaluating abdominal pain?

What to do after a positive FOBT

Should a man with a positive fecal occult blood test and a normal colonscopy without GI symptoms be referred to a gastroenterologist?

When is it appropriate to repeat a Pap smear?

When reviewing Pap smear results with absent endocervical cells, what is the recommended next step?

The number of neutrophils and lymphocytes in a blood count can determine if a condition is viral or bacterial.

The benefits of ultrasound  in women with dense breasts

Even if they are not cost-effective, routine ultrasounds for women with dense breasts are still important.