What in the world is Vasalgel? 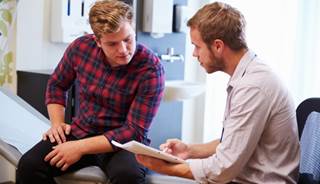 Vasalgel is a form of male birth control that blocks sperm from exiting the penis.

When I was in college, we would always discuss why male birth control had not yet been developed. I remember my friend telling me about a gel used in India that was injected into the vas deferens, lasted for years, and was highly reversible. As it turns out, the gel my friend was referring to is called Reversible Inhibition of Sperm Under Guidance (RISUG). RISUG is a polymer that has been in clinical trials for over 15 years and has now reached the advanced trial stage. Unfortunately, the only men using RISUG are the ones that live close by to the study sites in India since it is not yet on the market.

I was very intrigued by this concept. Why was it not in use in the United States? I thought a little more about it but then promptly forgot about it until Vasalgel, which is starting clinical trials, entered the headlines this week. In response to RISUG, the Parsemus Foundation started its own research to develop a similar gel to be approved by the FDA.

I am very surprised that trials in India have been ongoing for so long while trials in the United States are only just beginning. I feel that male birth control is something that research companies would really want to develop because it has the potential to completely change the contraceptive market.

According to the Parsemus website, Vasalgel is a polymer substance that is injected into the vas deferens, much like RISUG. It will block sperm from exiting the penis and will be highly reversible.1 Parsemus compares the level of effectiveness to that of a vasectomy, but given its high reversibility, the foundation feels this makes it extremely marketable.

The makers of Vasalgel have already performed studies on rabbits and published their findings, which showed no sperm in the semen of rabbits in as little as 29 days after the procedure.2 The rabbit studies also show that the reversal of the gel has been extremely successful, with restoration of the vas deferens occurring rapidly. This is achieved by injecting a baking soda solution into the area to dissolve the gel.

Interestingly, the creators of Vasalgel believe that while sperm cannot penetrate the gel, fluid can – unlike in men who have undergone a vasectomy. This will prevent fluid backups that can often be painful. In addition, the vas deferens are not cut, so sperm cannot leak into the surrounding tissue like it can after vasectomies, thus preventing the formation of sperm granulomas.

One of Parsemus's goals is to make Vasalgel very cost effective. As it stands, they are aiming to make it cheaper than an IUD but expensive enough to make a profit. In addition, they are hoping health insurances will cover the costs of the procedure. The Parsemus Foundation is looking to advance into larger animal and human trials as well, with plans to start its first clinical trial in 2016 and have it on the market within the next several years.

I really hope the Vasalgel trials prove to be effective because I think this could really change the world of contraception. As always, it will be important to emphasize to the public that, like female forms of birth control, this will not prevent the spread of STIs — condoms are a must. I hope men are undeterred by the fact that they will need to have an injection into their vas deferens. In the end, I feel the biggest hurdle may be the price of the procedure. If insurances will cover the cost, this may exponentially increase the popularity. I am excited to see how these trials progress within the next several months and to see what happens to the contraceptive world in the next several years.

Next Article in The Waiting Room

Insufficient sleep is a risk factor for weight gain