The origin of AIDS and debating the Patient Zero theory 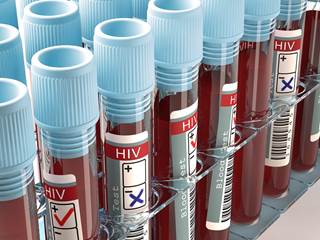 There is evidence that HIV might have spread from its origins in the US to the rest of the world.

Worobey and colleagues describe the genetic diversity of HIV infection in the United States and use the increasing diversity to pinpoint the spread of AIDS from New York to the greater US [“HIV's newly traced origins in US discredit Patient Zero theory,”]. Importantly, they comprehensively reject “Patient Zero” as the founding infective patient and thus correct the mistaken historical record following Shilts. Nevertheless, Worobey et al maintain that HIV entered the US via Haiti, where it arrived from Africa.

There is good reason to believe the Africa-Haiti-USA historical narrative is as incorrect as the narrative around Patient Zero. The evidence suggests that HIV might have spread from the US to the rest of the world. For example, 10% to 24% of the first AIDS patients in Haiti had visited the US or Europe, but none had visited Africa. Of those who had never left Haiti, many were infected by tourists from the US and Europe. Worobey et al argue that patient H6 first brought HIV to the US in 1981, but that misses the possibility that HIV had already arrived in Haiti from the US.

Throughout the world, early in the epidemic, the greatest risk factor for contracting AIDS was sexual contact with a gay man from the US. This finding was consistent among incipient AIDS populations throughout Denmark, the United Kingdom, France, West Germany, and South Africa, as well as in the Caribbean. A substantial portion of the first AIDS patients in all these locations were gay men who had homosexual contact with a man from the US, such homosexual contact occurring either inside or outside the US.

These are letters from practitioners around the country who want to share their clinical problems and successes, observations and pearls with their colleagues. We invite you to participate. If you have a clinical pearl, submit it here.

Next Article in Your Comments

The ACA: Clinicians weigh in on whether to repeal or preserve